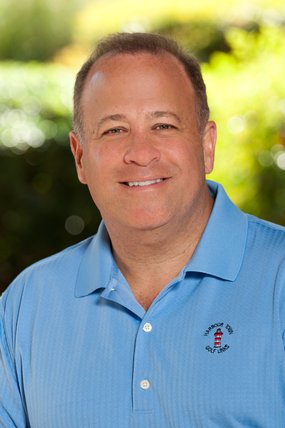 Originally from Maryland, John Robinson attended college in South Carolina on a tennis scholarship and, upon graduation in 1989, immediately relocated to Hilton Head Island to enjoy the warm climate and Southern lifestyle.

Before joining the real estate world, John worked as a tennis professional for over 20 years at various resorts around the United States, including John Newcombe's Tennis Ranch in Texas, John Gardiner's Tennis Ranch in California, Columbia Country Club in Chevy Chase, MD, the Sea Pines Racquet Club and the Van der Meer Tennis University on Hilton Head Island, and the Athletic Club of Weston in South Florida. He has been a United States Professional Tennis Association (USPTA) Professional 1 member since 1988 and a Professional Tennis Registry (PTR) National Tester/National Clinician since 1993, receiving the PTR's "National Tester of the Year" award in 1998.

John has served the Hilton Head Area Association of Realtors as chair of the Community Service Committee in 2008, Board member from 2009 - 2011 and Realtor's Association President in 2012. Because of his active role in the community, John has received the Realtor Service Award for the past several years.

As a certified e-PRO, John Robinson has attained a high level of competency in marketing and communication via the Internet. These skills are essential in today's fast-paced marketplace, affording his clients the advantage of pertinent information at their fingertips and the utmost in professional service. In addition, John has acquired the Short Sales & Foreclosure Resource Certification, the Broker Price Opinion Resource Certification, and successfully earned his Associate Broker license after completing extensive real estate education.

John Robinson has been an agent at Dunes Real Estate since January 2005 and has received the firm's Most Improved Agent award in 2008 and the Most Transactions award in 2009.

Specializing in residential new single-family homes, villas, homesites and re-sale properties, John has extensive knowledge of each existing and future planned community in the Hilton Head Island area including Bluffton & Daufuskie Island, South Carolina, making every effort to match his clients with the properties that best suit them.